Our sixth edition will take place on 11-14 November 2020 in the wonderful city of Rio de Janeiro. We have festival partners from all around the globe, including Los Angeles, Copenhagen, Marseille, Bilbao, Sicily, Rome, Melbourne, Berlin, Seoul!

Join the webfest celebration in Rio de Janeiro and get together for some caipirinhas and coconut water on our beautiful beaches!

Let us help you share your work with the world!

How do I submit my work?
Just click on the links on the end of this section for submiting your web series, vlog, trailers, web ads, dance or music videos, project for business meetings or an idea for a web pilot to shoot during the festival days.

If you are brazilian and did your work in Brazil, please head out for the brazilian version of this site to pay in Brazilian Reais.

Why is there a submission fee?
Main cinema, television and web series festivals around the world are paid (including Sundance and Emmy). It is the way we have to produce the event. But don't worry: if your work is selected, you get a passport to attend all lectures, masterclasses and workshops at the festival for free and one ticket for the opening and awards ceremony.

If my work is not selected, will you return my submission fee?
Unfortunately, there are no refunds.

My web series already participated in last year's festival. Can I join again?
Yes, because every year we will have a different jury.

My web series has only one chapter or has not been filmed yet. Can I participate?
The minimum number for a product to be considered a web series is two episodes. They have to be ready at the time of registration. If you have a project, you can't participate as a web series, but you can submit for the SUPER PROJECT.

Is there a duration limit on the episodes submitted?
No, there are no duration limit for your submitted show. However, if it gets in the official selection and you want it to be screened at the festival, you need to send us a video with the maximum duration of 10 minutes.

How does the official selection process and awards of the festival works?
The festival staff reviews the submissions, watch the uploaded videos and selects the nominees for each category. The official selection list will be posted on our website and social media. During the event, our national and international jury will select the winners for each award. You can submit on this website your webseries, trailer, web ad, music or dance video or via Film Freeway.

I read in the regulations that English subtitles are mandatory, even for English speaking shows. How does it work?
As the festival staff is bilingual, there is no need to subtitle the submitted episodes in English to participate in the official selection. However, if your web series is nominated for an award, you must send copies with English subtitles so the international jury can evaluate your work, even if it is spoken in the English language.

I do not have a webseries. Can I come to the festival to watch the screenings and make contacts?
Of course you can! Our festival will be held in Cidade das Artes (City of Arts), a gigantic complex near the beautiful beaches of Barra da Tijuca, in the West Zone of Rio de Janeiro. The festival attractions, except the opening and awards ceremonies, are free so everyone can participate. The venue is safe, it has a paid parking lot and is right next to the Alvorada bus terminal, with easy access via bus or BRT.

What is trailer and web ad categories?
This year, we opened the trailer and web advertising categories. If you do not wish to submit with your whole series or if it is not ready yet, you can compete only with the trailer and pay less on the submission fee. Web ads are for advertising videos made especially for the internet. We believe that the web requires a different language from conventional TV and the commercials made to be watched mainly through digital platforms like facebook and youtube need recognition!

What is the SUPER PROJECT?
In addition to the cash awards, the festival offers submitters the opportunity to meet with international and national producers. Remember that filling out the project application form and paying the fee does not guarantee a seat in business sessions. Only projects selected by the festival will have this opportunity.

Do I need a script for the SUPER PROJECT?
At the time of submission, it is required only a short synopsis of the project, the main plot, a brief description of the main characters, a quick biography from you and some portfolio.

For business sessions, it would be nice to have a pilot's script already outlined and take a short video of no more than 2 minutes to demonstrate your production capabilities. It is important to highlight that all conditions for a potential deal will be discussed directly with the players, the festival only provides the meeting.

What is Web Pilot?
Web Pilot is a chance for creators who have neither webseries nor anything recorded, but have a great idea of ​​a series pilot who would like to shoot during the festival days in the City of Arts. To apply, you must complete the registration form, pay the fee and we will select teams to record during the days of RIOWF. The winning team will have their pilot shown at the awards ceremony and will receive a cash prize to finance the rest of the series and compete on the next year of the festival.

How will it work?
During the first three days of the festival, the selected teams will have to record, edit and deliver their pilot episodes with a maximum duration of 2 minutes, until the deadline of November 14h,  Saturday, last but one day of the festival. It is important to remember that you should use your own equipment, such as cameras, editing computers, clothing, lighting, etc. and your own team of actors, directors, art designers, etc. The festival is not responsible or provide any equipment or team member to help creators to shoot their pilots.

We are looking for all kinds of web series.

To be able to compete, a web series must have at least two episodes released or ready to be viewed by festival selectors by the time of the submission deadline. There is no duration limit for each episode in the submission and web series that participated in our past editions can also participate this year, since we have a different jury every year.

Creators are welcome to submit as many web series as they want, but each one requires one submission fee.

Although there is no duration limit for submitting, the screening time limit for each selected web series is 10 minutes (including credits). You are allowed to either send an shorter episode with a total running time of no more than 10 minutes or and edited reel of two or three episodes, if your chapters are really short.

Music Videos and Dance Videos are also welcome in our festival.

Regulations and Procedures
1. Rio Web Fest 2020 will take place in Rio de Janeiro, Brazil on 11-14 November.
2. Submission Deadlines: Submissions are open from February 1st until no later than September 10th. Official selections will be announced in October 4th.
3. Submission Format: For Web Series, a minimum of 2 episodes must be submitted online. For Trailers, Web ads, Music and Dance Videos, just the link for the video will be enough. You can submit on our website your series, trailer, web ad, music or dance video or via FilmFreeway.
4. Submission Eligibility: All projects produced anytime and anywhere in the world with a two episodes minimum for series or one video for the rest are eligible for submission. Web series that participated in our earlier editions are still eligible, since we have different jury every year.
5. Submission Fee: All FilmFreeway submissions for Rio Web Fest must be paid by credit card. The submission fee is non-refundable.
6. Selection of Web Series: Submissions are reviewed and selected under the following criteria: quality of narrative and production, acting, originality, cinematography, sound and other technical categories. Official selections will be announced on September 15 and the results will be informed by email. Nominees should send digital files for screening encoded in .mp4 or .mov files in 1080p, h264, max 10mbps bitrate, NTSC or PAL.
7. Official selections MUST PROVIDE English subtitles for the screening copies, regardless of the original language of your show.
8. Screenings are scheduled during the festival under the criterion of Rio Webfest. Whilst every effort will be made to fulfil the published schedule, we reserve the right to make changes at any time for any reason and we'll not be liable for any costs claimed as a result of a change in scheduling.
9. Filmmakers can submit as many web series as they want.
10. The festival is sovereign in its decisions regarding the distribution of prizes, trophies and laurels and is free to modify them if necessary, for reasons of "force majeure", keeping that resolution always as a last resort, to be used only if all the alternatives are exhausted.
11. All submitters declare themselves as responsible for the rights of all contents of their episodes in the act of submission. For example, soundtrack, logo and images. In case of the true rights holder inquires about the unauthorised use of his creation, the festival will not be responsible for it.
12. The creator is also responsible for well functioning of the episode links sent to curators during the entire submission period, from the submission date until the official selection.
13. During the awards show, the winner trophies will be given to anyone representing the series, all exceptions must be specifically asked in writing before the festival starts. If you are not present at the awards show, we can still send your trophy by mail afterwards, as long as you can cover the shipping costs.
14. Payment of the submission fee and filling out the submission form does not mean that your web series will be automatically nominated for an award or that you'll be eligible for the pitching sessions. The festival will preselect the series for the awards nominations and preselect projects to participate in the pitching sessions.
15. All CASH PRIZES will be paid only via Paypal account transfer up till one month after the awards show is over. Paypal taxes and fees are also responsibility of the prize winner.
16. If you plan on attending personally to the festival, please note that Brazil requires a TOURIST VISA for citizens of specific countries. Please check out if your country is on the list and how to require your visa at https://en.wikipedia.org/wiki/Visa_policy_of_Brazil#Tourist_visa.
17. Complimentary invitations to the Rio WebFest Awards and Official Opening, should be exchanged on the respective days of the events for a ticket. This exchange will be held at the City of Arts box office until 4pm.
18. Please arrive early to ensure your ticket because all spaces are subject to stocking.
19. By submitting to RIOWF, you hereby agree to the use your image and small excerpts of your work to promote the festival in trailers, teasers and live coverage of the festival on live streaming and social media such as Facebook, Youtube, Twitter and regular television. 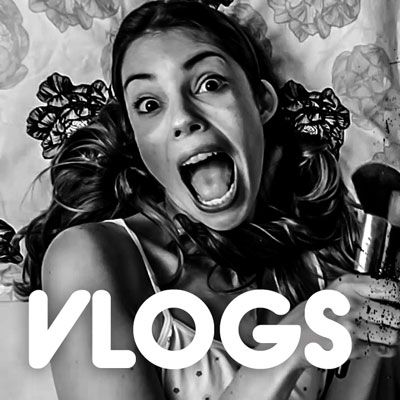 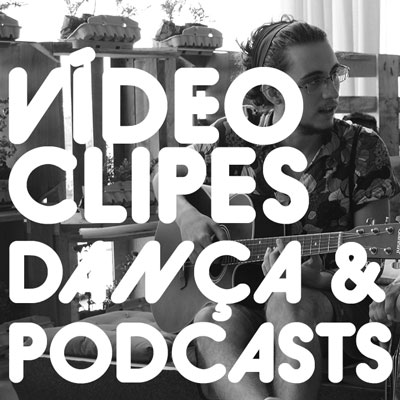 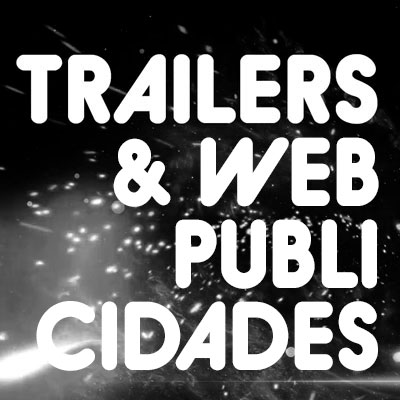 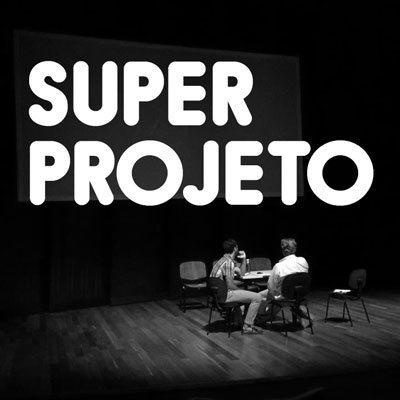 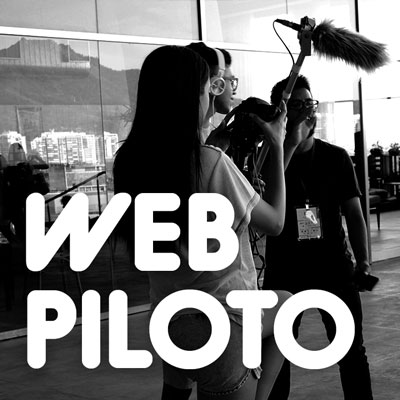